During the roundtable discussion, Haaland pledged that the federal government intends to provide immediate assistance to water users impacted by the West’s historic drought and develop longer-term strategies to respond to climate change.

“Drought doesn’t just impact one community,” said Haaland. “It affects all of us, from farmers and ranchers to city dwellers and Indian tribes. We all have a role to use water wisely, manage our resources with every community in mind, work collaboratively and respect each other during this challenging time.”

“The idea of collaboration and interconnectedness, I think, is really important,” said Denver Water CEO Jim Lochhead at the press conference. “It’s not just what happens here in the headwaters of the Colorado River, it’s also what happens in the Lower Basin states. … We are working collaboratively. I think we need to work more closely.”

Along with their counterparts in other states, officials with the Colorado Water Conservation Board are currently studying the feasibility of a “demand management” program for the Upper Colorado River Basin, which would establish a voluntary program to pay large water users to temporarily reduce their consumption under certain conditions. Such a program could be implemented as part of a renegotiated Colorado River Compact, an interstate agreement that is set to expire in 2026.

Rep. Dianna DeGette stated “the Colorado River, which serves 40 million people across the West, is tapped out. Riverbeds have run dry, reservoirs that supply us with clean drinking water are essentially empty.”

“Most of our water in Denver comes from the Western Slope,” DeGette said. “That’s why it’s so important to have everybody working together and have national leadership through Secretary Haaland and the Biden administration to address the very real and looming issue of climate change…We’re facing issues which we’re seeing right now of fires, of droughts and more.”

The latest update from the U.S. Drought Monitor on July 20 showed virtually no change to conditions in Colorado. More than a third of the state remains in the "severe" drought category, while 28% is in an extreme drought and 18% in the exceptional drought category. 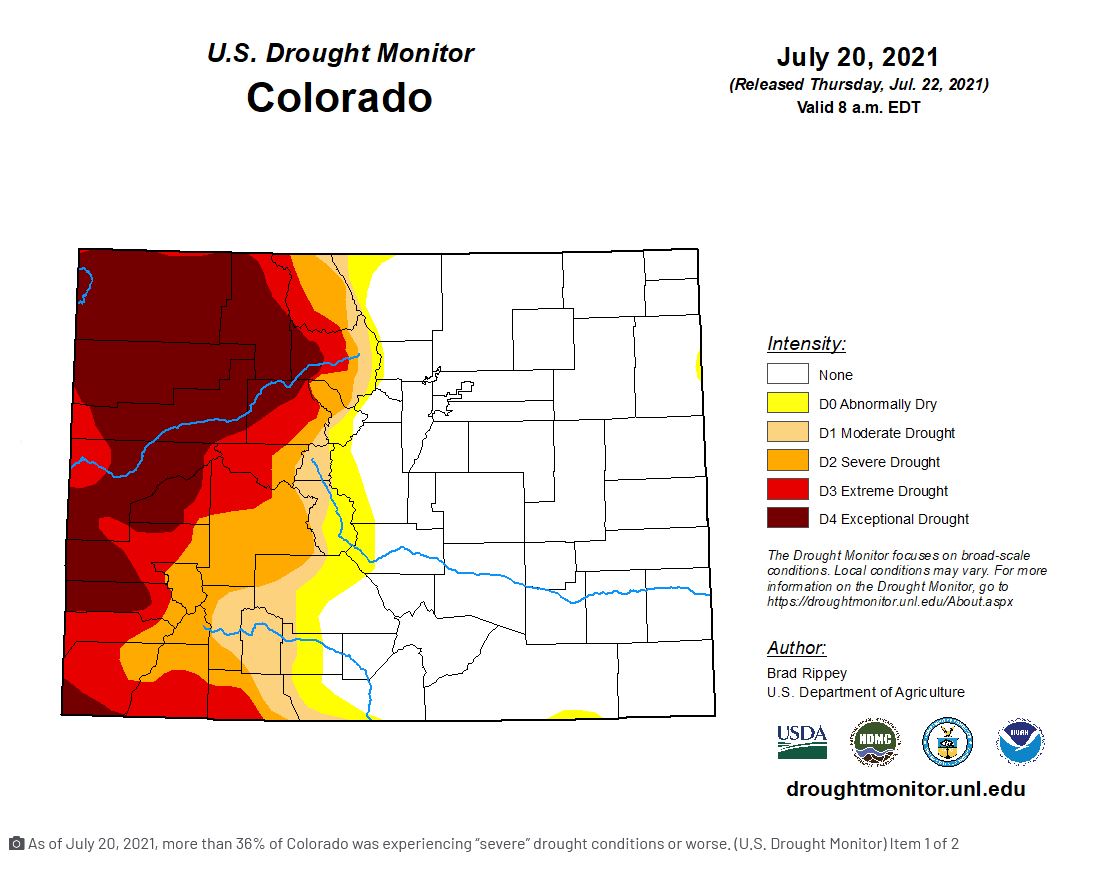 With today's cooler temps and seeing glimpses of changing leaves, it's evident that fall is almost here. In fact, it couldn't be any closer, it's tomorrow! September 22 is the first official day of…
Read More
News Article

Is my lawn asleep or dead? A brown lawn does not always mean your lawn is dead; it could just be dormant. Some yellowing may be a sign of a dormant lawn. When your lawn is in hibernation, it shuts…
Read More
News Article
Colorado Official State Web Portal